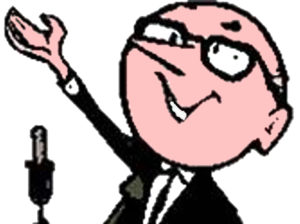 “Far better is it to dare mighty things, to win glorious triumphs, even though checkered by failure… than to rank with those poor spirits who neither enjoy nor suffer much, because they live in a gray twilight that knows not victory nor defeat.” Theodore Roosevelt (1815-1919)

The Partnership Czar is a fictional character, but the message is very real and serious. Although I am not involved in fire prevention, my passion is to prevent investors from being burned. This can be accomplished by providing educational information for harness racing investors, and would-be investors, enabling them to make knowledgeable choices.

The catch phrase is “Look Before You Leap. The Money You Save May be Your Own.” Remember that this phrase is so much more than just a slogan: It is an important way to care for the harness racing industry and your pocketbook.

My real name is Tim Finley, and I have been in the sport for more than 40 years as owner, trainer, and I even tried driving a little. I adopted the name The Partnership Czar because I wanted a Web address that was memorable, authoritative, but also fun. One of the synonyms for Czar is Lion, and I am fierce about harness racing. The term “Czar” is an informal title for someone who will devote their ability and time to a single area of work. Someone who is willing to devote their skills to one problem or industry (in this case it would be the Standardbred Racing Industry). Czars have various titles which may include the terms adviser, administrator, or diplomatic messenger.

I was never involved in racing or gambling until the early 70’s, when I went to Scioto Downs racetrack in Columbus, Ohio, for an evening of entertainment. Half way through the card, I found it boring and went home. In my mind, I thought harness racing was a farmer’s sport where if a person had a horse of any breed that he, or she, wanted to have some fun with, they would bring it to a track, hitch it to a cart, and go as fast as possible. I had no idea harness racing was so sophisticated. That was not just my misinformation, but such ignorance still exists today.

A few months following my Scioto Downs visit, a former Amish friend invited me to his brother’s farm in Walnut Creek, Ohio, to test drive a Standardbred (I still did not know Standardbreds were a cultured breed) that had raced, but because the horse was not racing competitively, the owners decided to have him pull an Amish buggy for a year. I jumped into the front seat of that buggy as my friend started down the stone driveway. The hairs on my arms stood up and I was hooked. I wrote my friend a check that day and have never regretted it. A wonderful journey began with the writing of that check.

Harness racing needs more Czars in the several aspects of the sport, but that is a discussion for a different time. For now, I want to spend my remaining years (I am 72 and the clock is ticking) promoting, preserving, and growing the sport that I love by being a factor in furthering the growth of fractional ownerships – among other things. I am an outspoken advocate who places the sport before courtesy. Many people talk about making changes within the industry, but it is nothing more than lip service. I want to be a part of the solution rather than a contributor to the problem.

I have spent most of my adult life as a problem solver, so perhaps I am suited for this job. My fulltime occupation was a stockbroker, which I used to fund my horseracing activities.

There is a colossal problem that needs solved in the Standardbred industry – the pathetically dwindling fan base. Authorities say harness racing is on its last legs, caused by multiple factors. The primary cause is there are no new fans triggered by other, more exciting, forms of gambling. A casino infuses excitement as bells ring, sirens sing, lights blink, and there are no intermissions – all lacked by the racecourse on the other side of the door. People gamble for the excitement that casinos ooze. The slow-paced horseracing gambling monopoly is over. Time for an overhaul.

The Partnership Czar declares we could circumvent the lack of constant excitement living within the casino walls if the public understood and appreciated the love, blood, sweat, and tears that went into taking a suckling and creating an athlete. Our sport would grow with aggressive, creative promotion and education. Just as Tim did not understand it the first time he went to Scioto, there are millions of folks who simply do not get it. The best way to educate is to build the fan base by fostering a method for the public to become a part of their racehorse. Bingo! Owning a piece of one of these exciting, loveable, athletes is possible like never before thanks to the thoughts and actions of those with the ambition to make fractional partnerships available and affordable. Kudos!

Hold on! The phase presented above is true, but only if new owners/investors experience a positive “return on their investments (ROI).” ROI comes in many forms. Remember when you drove that shiny new car out of the showroom? You knew that you would never recover what you paid for it, but your return was hopefully one of pleasure. That vacation, for which you saved, cost a bundle but hopefully gave you years of pleasurable memories.

Investing in racehorses has traditionally been a venture for the rich, but times are changing. A new breed of owner is trying to minimize the risk and maximize the excitement. The thrill of watching your racehorse at a very affordable cost is now attainable.

Fractional ownership is the new buzz-word. It has never been so easy for people to have a personal piece of the action – action which encompasses not only the tingling excitement of seeing your horse in a race but the related activities that come with it.

By providing individuals with the opportunity “of owning a piece of a racehorse” at a very affordable price, we will create the fan base that we desperately need.

The next step will be to overhaul the sport, but that is a topic reserved for my next project.

At the heart of it is winning. Regardless of the celebrity of your horse, the prestige of standing in the winner’s circle with your horse surrounded by family, partners, and friends is unsurpassed.

We will see you in the Winner’s Circle, and hopefully The Partnership Czar can be of assistance in helping you to choose the managing partners and trainers who will get you there. 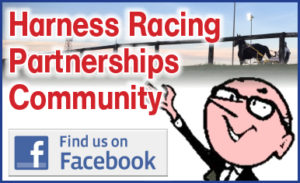 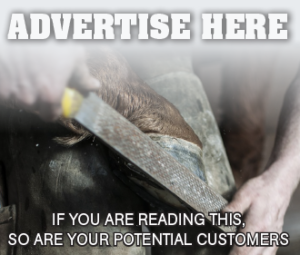 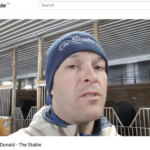 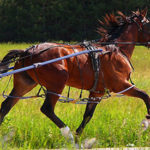 Diligence at Your Fingertips 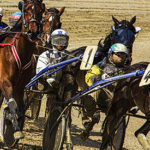 Getting into the Jog Cart